History of bandy in Kazan

In 1925 first time bandy was mentioned in press. After many years was held bandy game dedicated to Tatary’s first anniversary. Game ended by result 13:11.

In 1958 at Kazan Optical and Mechanical Plant was created team "Raketa", and since that year team participates in all-Union competitions.

July 2008 team was renamed to "Dynamo-Kazan". And with this name club first time in its history won bronze medals of Russian Championship.

May 2010 legendary and the most winning coach in bandy Vladimir Vladimirovich Janko came to run "Dynamo-Kazan". Under his leadership team has achieved outstanding success in international area – won World Cup Bandy 2010.

During the off-season 2011/2012, in preparation to a new season "Dynamo-Kazan" kept champion squad. In addition, team was enhanced by the best goal-keeper of the world Andreas Bergwall, also there were made contracts with midfielder Jury Radyushin and Mikhail Jdanov. Already when season started defenders Konstantin Stebikhov, Oskar Robertsson and Maxim Zubarev were added to the squad. 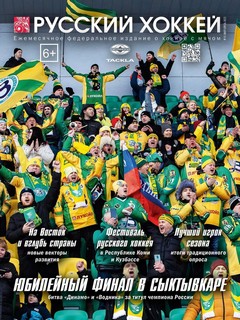